by Boobs of DOOM / Stupid Cosmonaut 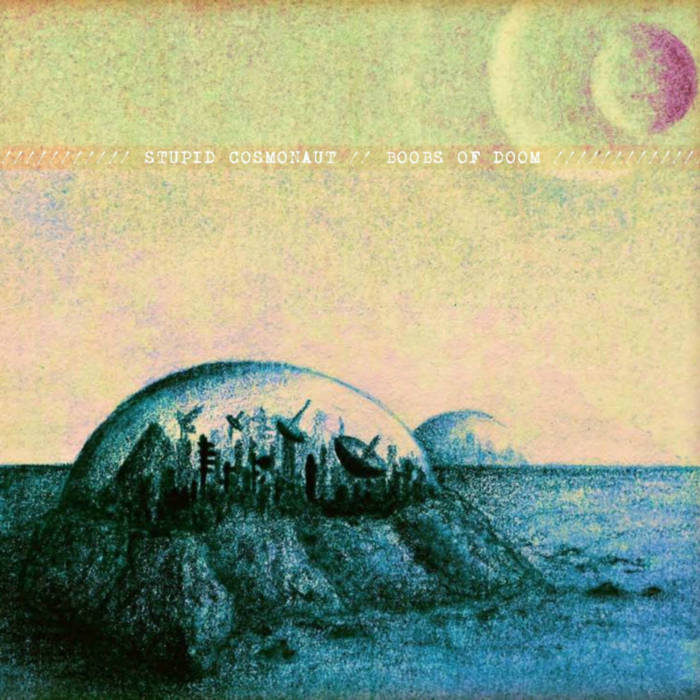 "A swollen sun beats down relentlessly on a dying planet. All water has been rendered undrinkable and the only remaining life resides beneath a few remote, domed UV shields. In a seemingly futile, last ditch attempt for survival, the last of the species feverishly transmit countless distress signals out into the cosmos, all the time, scanning the airwaves and hoping"

"...dark, heavy and relentless. ...Together these two quite different tracks work really well together. There’s so much going on here that it’s going to take a few more listens for me to really get my head round it. But weirdly as soon as I started to listen to it I just had to start writing about it. I urge you to have a listen because this is beautiful, intelligent and thought-provoking music that is really a powerful statement by both bands."
- psychinsightmusic.com

"Sounding at times like a Radiohead track which took that experimentalism thing too far and never came back, it is very involving music and BM can imagine it soundtracking some nightmare Cronenberg visual scenario. The electronic effects ramp up, there are no voices and it trundles through its paces, slowly building to an eerie and satisfying climax, like Blanck Mass played at half speed, and guys that is a compliment, at least meant as one."
- www.isthismusic.com

"FZB favorites Boobs of Doom have a new split album with Stupid Cosmonaut. The UK groups each serve up a side of edgy and inventive instrumental music. Employing elements of ambient, drone, metal and electronic, each track engages the senses with compelling textures into a totally enthralling sonic experience. Dark, original and ambitious, this album is a must have."
- floorshimezipperboots.blogspot.co.uk

Bandcamp Daily  your guide to the world of Bandcamp